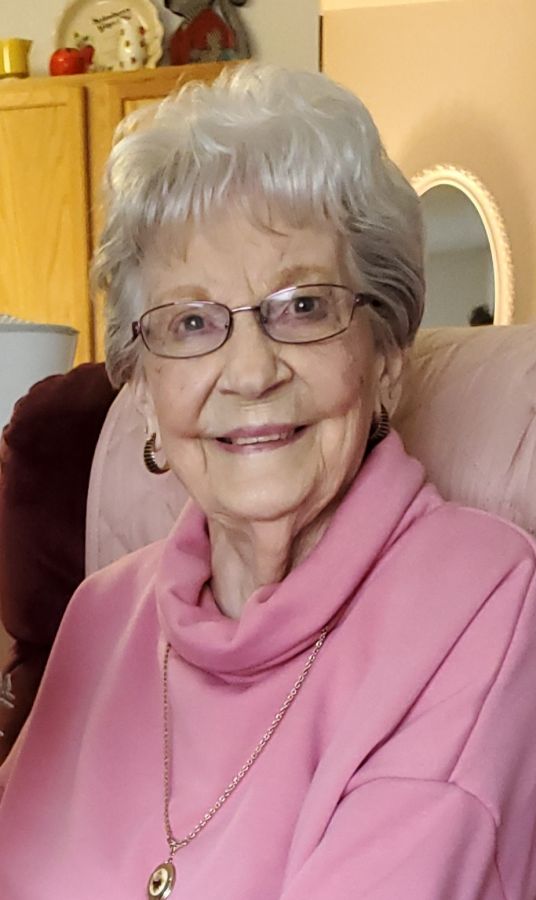 Memorial services will be held at a later date, with burial in the Princeton Cemetery in Princeton, Missouri. Condolences may be expressed online at www.amesmonument.com.


Phyllis, daughter of Olin and Verna Collings, was a native of Mercer County, Missouri, where she grew up on a farm south of Ravanna. She graduated from high school in 1946 and was a member of the United Methodist Church. After graduation, she moved to Chillicothe, Missouri, where she lived with her sister, Helen, and worked at the Boss Glove Manufacturing Company.

In Chillicothe, Phyllis met Clifford Ishmael whom she wed on September 6, 1947. In 1952 the couple moved to Hemet, California, where Mrs. Ishmael worked at the Riverside Daily Enterprise Newspaper and Mr. Ishmael operated a Texaco garage and gas station. Mr. Ishmael died in a tragic boating accident in the Salten Sea and in 1963, Phyllis moved back to Missouri with her four young children, Larry, David, Jeff, and Melanie.

After returning to her hometown of Princeton, Phyllis worked two years at the Post Telegraph Newspaper and was then employed by the Mercer County Library. In 1969, Phyllis married Charles McCulley Jr. Charles and Phyllis spent many happy years together in Princeton raising their children and welcoming many grandchildren into the family. The couple owned and operated McCulley excavating, Charles operating the business, and Phyllis doing the bookkeeping.

Phyllis loved flowers and could be found most evenings tending her flowerbeds in her beautiful yard. She enjoyed crafting and painting and in 1982 Phyllis opened the Creative Mouse. There she was at her happiest making gifts, selling art supplies, and teaching painting and ceramics. After retirement, Phyllis returned to the Mercer County Library to work part-time and enjoyed close friendships with her "library family." Phyllis fully retired at the age of 80 and in 2015, moved to Ames, Iowa, to be closer to family.

She was preceded in death by her son, David Lee Ishmael; her parents; two brothers, Harold Collings and Gerald Collings; and two sisters, Helen (Collings) Riggs and Margaret (Collings) Frazee.

Phyllis was a beautiful person inside and out. I collected mice (ceramic and those made of cloth or other materials - no live ones), so we shared that in common. I remember her laugh. My best memory is of her gracious hospitality to my husband and me. Phyllis made the very best cream puffs I've ever eaten. My condolences to her family members and others who knew and loved her.

I was scared to death of this woman when David brought me into this big fun loving
family 50 years ago in 1972. She and I had a rough couple of years before we started building a
relationship. Once we got through our misunderstandings though, we did kinda grow on each
other.
I don’t think we could have gotten through the loss of David without each other and all of our
families. When we learned the inevitable about David and the last time I saw her a few months
ago, I can still hear her telling me “you’ll always be one of my kids.”
Thanks Mom. Love and miss you.

Memorial services will be held at a later date, with burial in the Princeton Cemetery in Princeton, Missouri.
Directions  Add to Calendar
Send Flowers Send Flowers to

The attached photos are added to the memorial of Phyllis Ishmael to help share their legacy.

Please help memorize Phyllis Ishmael by recording your attendance below.

Thank you for sharing your memory of Phyllis