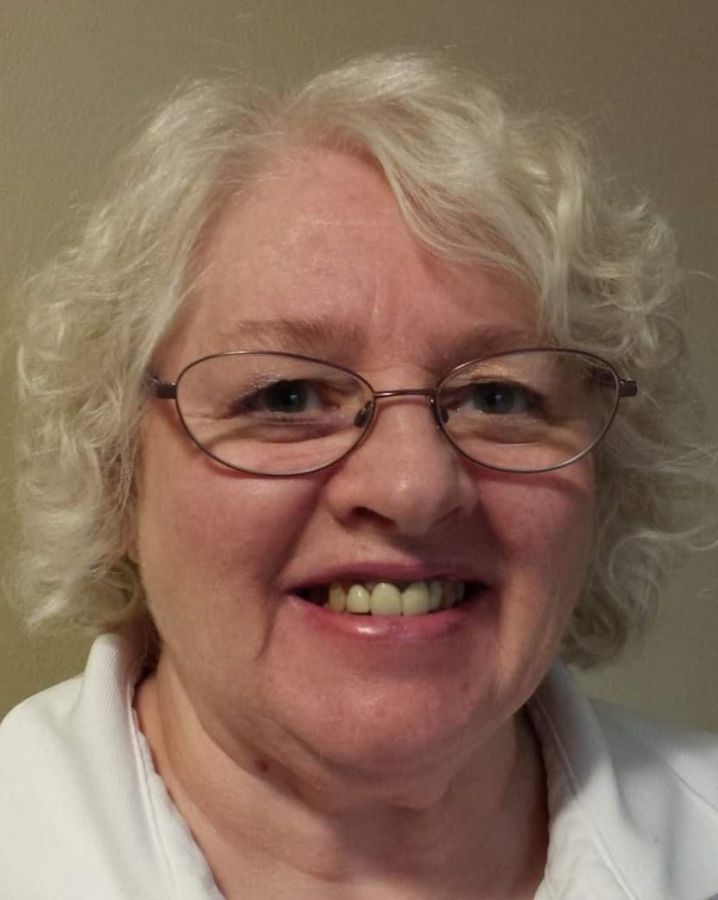 No public service will be held at this time. Condolences may be expressed online at www.amesmonument.com.


Karen Jean Good was born July 16, 1948, in Little Falls, Minnesota, to Eugene and Marguerite (Alexander) Carlson. She graduated from high school in Little Falls, then earned her associate degree at Des Moines Area Community College. Karen worked as a secretary at Iowa State University for many years, retiring in 2012, and was currently employed as part-time administrative assistant at Swim America in Ames.

On November 15, 2000, Karen was united in marriage to Daniel M. Good in Ames. Karen was a member of Vineyard Church in Ames and was a talented quilter. She also enjoyed knitting, crocheting, and cross stitching, as well as other crafts. She especially cherished time spent with her grandchildren.

She was preceded in death by her parents; two grandchildren, Carter and Bailey Amundson; and two sisters, Marcia Carlson and Pamela Bengtson.

Ames Monument & Cremation Center has been entrusted with the care of Karen and her family.

To Karen's family and my brother Dan, we are praying for your comfort and peace at the passing of Karen.
Karen is now at rest with her Saviour.
Dave & Catherine

I worked with Karen many years ago when she was in the Chemistry Department. We were also members of the same quilting group. Karen was a kind soul and dedicated employee. She cared so much about doing good - a good job, good quilting, good mother, good friend, all around good person. I will miss her greatly.

Although I met Karen only once during a brief visit to Ames several years ago, I got to know her sweet and kind nature through my ongoing video conversations mostly with Danny but sometimes with Karen as well. From all that Danny has told me over the years, she was a real blessing to him. I’m so thankful that she is with her Lord and Savior, Jesus the Christ now with no pain, tears or fears.

Deepest sympathy. I knew her via emails when my children attended Cyclone Swim school. Such a good hearted and helpful person. I am so sorry for your loss.

Deepest sympathy and prayers for all the family in the passing of Karen. I met Karen at church in the 1970’s and also worked with her for awhile at Iowa State. Karen was a wonderful giving person who loved the Lord. She “fought a good fight and kept the faith.” One can only imagine what she is experiencing now with her Lord and Savior who has called her home.

I worked with Karen for many years at ISU in the Continuing Education Department with connecting cubicles. After retirement we did a lot of quilting projects together. She was a loyal friend and I enjoyed our talks and quilting times. I will miss you my friend. Keep quilting!

No public service will be held at this time.
Directions  Add to Calendar
Send Flowers Send Flowers to

The attached photos are added to the memorial of Karen J. Good to help share their legacy.

Thank you for sharing your memory of Karen