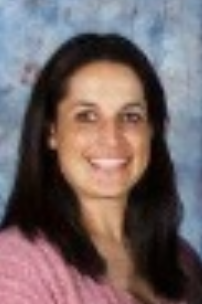 Cristy Gutierres, age 44, of Story City, Iowa, passed away with her loved ones, Alex and Mario, as the result of a tragic automobile accident near Alden, Iowa, on Sunday, August 23, 2020.

Memorial visitation and a Celebration of Cristy's Life will be held from 1-3 p.m. on Saturday, September 5, 2020, at Harvest Evangelical Free Church, 524 River Hills Drive, Story City, IA 50248. Condolences may be expressed online at www.amesmonument.com.


Cristy Nichole Gutierres was born September 8, 1975, to John Watson and Corina Eva (Marrujo) Allen III. She lived in various places as a young girl, including California and New Mexico, and eventually settled in central Iowa at the age of 16.

She was married to Jerry Spencer and was blessed with a daughter, Kylie. Cristy worked as a waitress at the Grove Café in Ames for nearly twenty years. She was loved by her customers and was well-known for her caring and forgiving heart as well as her ability to see the best in people.

Cristy was married to Jeff Wilson for a time, and later to Jesse Gutierres. Cristy and Jesse became parents to a son, Jesse "Alex", and a daughter, Isabella. Her children brought her endless joy and she worked hard to provide for their needs.

As a lifelong horse enthusiast, Cristy was happiest while riding. She was a member of the Appaloosa Horse Club and served as secretary for the Iowa POAC (Pony of the Americas). She also enjoyed playing her flute, drawing, and writing stories.

In addition to Alex and Mario, Cristy was preceded in death by her parents.

Ames Monument & Cremation Center has been entrusted with the care of Cristy and her family.

Cristy was an amazing person she had a smile that would cheer you up. We knew Cristy for 20 years saw her 3 children grow up. We went to the grove at least 2 times a week and we could talk to Cristy about anything. We would sit down and Cristy would come over and say " The usual" and we would say yes. She was so nice to everyone even on a bad day for her. She and Alex will be missed terrible, this summer both Alex and Isabella would be sitting at the back table on their tablets. We would bring cookies in for Isabella and would tell her to share with her family. Isabella would come talk to us each time and we would give her and Alex a dollar to spend. Alex would come see us at the both and he talk to us about events or things. Alex was so smart and such a great brother. You could tell that he took care of Isabella and loved her very much. Isabella has 2 angels now watching over her to keep her safe.

Christy was an amazing mom. As Isabellas kindergarten I witnessed the love she shared with her brother Alex and the respect she had for her mother. It was fun to listen to the three talk to each other at Isabellas parent teacher conference. They laughed at little inside jokes and then elaborated on them. Very few people share the bond they had and it was evident immediately. Im honored to have gotten to be a part of their lives. Isabella will have the the memory of 2 people who really cared for her and they will watch over her until she sees them again. God Bless Isabella with the loving memories of Christy and Alex

To Cristy Gutierrez family I am so sorry for your loss. Not a long ago, My family and I visited the Grove Cafe, where we met Gutierrez and her two kids. I still remember how caring she was. She helped us when my little son was crying. She asked if we needed help and she asked her daughter to help my son out. Her son Alex also tried to help and played high five with my son. They also spent time playing with my little girl. Also, on a snowy stormy day, my husband went out to bring some cash. She was so worried when he was late and gave me her cell phone to check on him. She kept looking at the windows until she made sure he arrived safely.
May she, her son and boy friend rest in peace.
May her daughter recovers soon. Please, let her know that there are people who love her, her mom and brother even though they met them once.
I wish for her the best future.

The attached photos are added to the memorial of Cristy N. Gutierres to help share their legacy.

Thank you for sharing your memory of Cristy