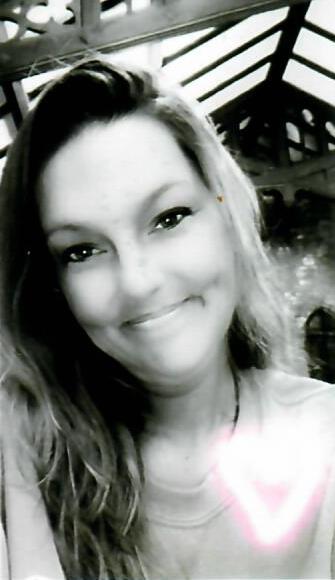 Due to COVID-19, a Celebration of Megan's Life service will be held at a later date. Condolences may be expressed online at www.amesmonument.com.


Megan Bianca Mann was born March 1, 1988, in Boone, Iowa. She graduated from Ballard High School, then attended DMACC to become a CNA.

Megan was married to Jeffrey Stonehocker. They have one child together, Camryn Stonehocker. Camryn was joined by his brother, Cadyn Smiley, and a sister, Alyson Mann.

Megan's first battle was against drug addiction, which went on for a few years. In 2018, she found Jesus through a third attempt at recovery. With her support groups, meetings and attending church on a regular basis, as well as Bible study and the love, support and prayers of her family, Megan was "clean" for 2 ½ years. During this period she helped others by sharing her story of addiction as well as bringing them up to date on her recovery. She began a Facebook group, "HOPE dealer," and also served as regional secretary of Narcotics Anonymous.

Her second and final battle came in July, 2019, when she was diagnosed with cancer. Megan received treatments and remained strong, positive and a fighter. She will be remembered as a true "cancer warrior," even though she lost her battle on August 5th. Megan will always be loved, missed, and considered a real friend by many.

She is survived by her mother and step-father, Rachelle and Nick Hansen of Boone; her fiance, Dillon Chase of Mason City; three children, Camryn Stonehocker and Alyson Mann, both of San Antonio, TX, and Cadyn Smiley of Boone; her father, Curt Todd of Mingo; a brother, Terry Mann of Owensboro, KY; a sister, Elizabeth (Sal) Delgado of San Antonio, TX; her maternal grandmother, Lorna Thomas of Story City; and several nieces, nephews, cousins, and other extended family members and friends.

God bless you, Megan, and may you always rest in peace.

Love always and forever,
Your family

Ames Monument & Cremation Center has been entrusted with the care of Megan and her family.

I knew Megan for a short time she was a kind, Loving,caring great woman...I just found out today n I didn't know she was sick...I will miss her she was a good friend..I worked with her n hung out with her...Im so sorry for ur loss she will be missed..r.i.p Megan ur gone but won't be forgotten..

Our hearts are very sad and we mourn, coming to terms with the passing of this soul. We met Megan right after she began her relationship with my nephew Jeff, loved her immediately! She was a beautiful person inside and out and I was happy to welcomed her into our family circle with open arms. She had a certain joy in her spirit that always found a way to shine through, no matter what. She was a warrior as she went into her battles life presented her with, always holding on to her faith in God as she looked for her direction. I am sure she is singing with the angels in heaven as I type this message! She will be dearly missed by those who loved her!

Megan was a warrior. She was a warrior in her own recovery from both of the fatal diseases that she suffered from. She was also a warrior for the others in her life that suffered from a fatal disease that affects so many spiritually. It is through this warrior spirit that she was able to uplift so many. We saw this through her perseverance and service. She encouraged others even in the face of her own struggles. I was blessed to be able to meet with her knee to knee weekly before she became so very sick. This was a bright spot in my life. I am grateful for the time we were able to spend together. Authentic is another word I would use to describe Megan. She taught me about humility as she worked through the process of forgiveness. I am convinced she is the wrapped tightly in the arms of her Father. Amen.

Megan has lived in our Living Free house for the last couple of years except for about three months before her cancer diagnosis. She has been an amazing inspiration with her honesty, kindness, faith, determination, perseverance, and love. She will always have a special place in our hearts and we look forward to being with her in heaven sooner then any of us can really imagine.

I met Megan in rehab in 2016... we always played off as cousins since we share the same last name (non related). I will never forget how she arrived that day...so full of light and energy with the desire to find the best version of herself for her children . I am so so grateful Megan had a conversation with Jesus and found grace and compassion at the cross.... I will miss her so much... fly high my recovery sister

We had the pleasure of meeting Megan after sister Beth married Sal delgado. She never showed. Trobles always seemed hsppy. Rest in pease megan you will always be taught off. Rest that your children will be safe and loved as you did for them.
Art &Haydee Delgado san antonio texas.

Im deeply saddened by the news i heard today. You will be dearly missed! May GOD now heal, comfort and protect you. May eternal life now guard your soul forever. In name of the Father, the Son and the Holy Spirit. In Jesus name I pray Amen! 🙏🙏🙏

Due to COVID-19, A Celebration of Megan's Life will be held at a later date.
Directions  Add to Calendar
Send Flowers Send Flowers to

The attached photos are added to the memorial of Megan B. Mann to help share their legacy.

Please help memorize Megan B. Mann by recording your attendance below.

Thank you for sharing your memory of Megan