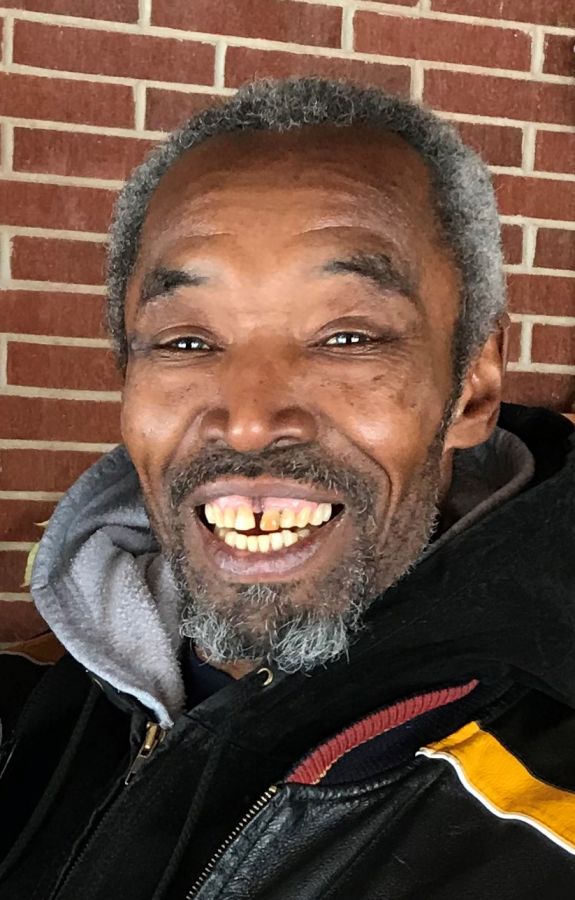 Marvin Lewis, age 61, of Ames, Iowa, died peacefully and happily at his home on July 17, 2020, with his church family caring for him, after years of his body just giving out from heart and renal failure.

Marvin moved to Iowa perhaps around 2004. He had relationships with many around town from city leaders to the homeless. He had a heart to help young men become "young men of integrity." He often took up the cause of the homeless and those finding themselves in tough situations. He loved making music with many musicians around town, writing songs, telling stories, designing clothing, restoring bikes, giving away bikes, and collecting all things that might be useful. Marvin was sort of a modern-day Robin Hood, who used whatever means he could to help others. He made many wonderful friends at his church and spoke highly of all his church family, especially Nancy and her family, and Don and his family. Marvin enjoyed life and was full of compassion. His heartfelt love was evident within his family as well as in the community.

Marvin believed God pointed him to Oakwood Road Church (now CityChurch of Ames-Des Moines) around 2006. He loved this church and would often invite someone he just met to visit the church and see why he loved it. He loved the big vision of the church to strengthen church leaders on every continent and to "seek the welfare of the city" here in Ames, especially reaching out to people who needed to rebuild their lives. In his church family, he always looked out for the elderly and his little buddies, the children. And he sought out leaders. He got excited about the sound teaching from God's Word that he could share with others. He found a family to belong to and a vision he could become a part of here in Ames.

Marvin was confident in his relationship with God. He was confident that his sins were forgiven because of God's grace to him--not based on things he had done, but based on trusting that Jesus' death on the cross paid for his sins. Marvin had two final requests: (1) He asked us to record a song that he still had within him and (2) he wanted his family and friends to trust in Jesus' payment as he had. He wanted them to live life with joy and purpose. Marvin dreamed of having a big "megaphone," using his gigantic speakers to share his music and message to everyone who would listen.

Though Marvin's earthly journey ended on July 17, 2020, the circle of life, which has no end or beginning, continues through his family. Marvin was preceded in death by his parents; and two brothers, Robert and Michael.

Loving memories of Marvin will be cherished by his six siblings: Carolyn, Elaine, Rochelle (Wendell Brown), Demetria (Ramone Harris), Danny, and Milo (Stephanie); as well as a host of nieces, nephews, great-nieces and -nephews; other extended family members; and his church family and friends.

Ames Monument & Cremation Center has been entrusted with the care of Marvin and his family.

Marvin, I am grateful for the first time I met you. It was an interview for a job at Burke Corporation. The minute I was done interviewing you, I knew you were a unique person. You were such a light. You always were friendly, and quick with a hug. I always bumped into you around downtown Ames, always around the grocery store on your bike, or just around town. You were always so thankful, so joyful and happy to see me. Just when things seemed darkest, I'd bump into you and you would make me smile again. Last week I thought about you. I hadn't seen you in a while and I wondered how you were. While the news of your passing has saddened me beyond words, the joy of your smile reminds me things will be okay. Your memory lives on and on in the hearts of many like me, I am sure. Godspeed, Marvin. You will be truly missed, but celebrated.

We the family of Marvin Lewis would like to say thank you to everyone who sent their prayers, love, and condolences. Marvin was truly, truly love not just by his family but also his friends. Thank you again may god bless you all.

Memorial services for Marvin will be held at a later date at Oakwood Road Church in Ames.
Directions  Add to Calendar
Send Flowers Send Flowers to

The attached photos are added to the memorial of Marvin Lewis to help share their legacy.

Please help memorize Marvin Lewis by recording your attendance below.

Thank you for sharing your memory of Marvin