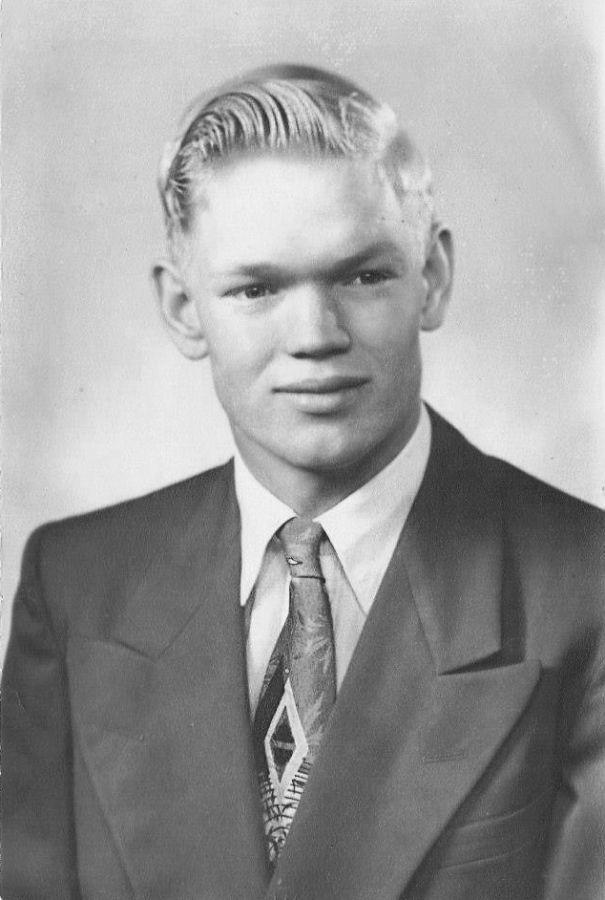 Edgar (Ed) Orven McKamey, 85, passed away on April 1, 2020, at Bickford Senior Living, after suffering with cancer for an extended period of time. We greatly appreciate the kind care and attention he received from the Bliss Cancer Center, McFarland Clinic, Mary Greeley Medical Center and Hospice Services, and Bickford Senior Living for the past several years.

Ed was the son of Grace (Bruce) and Murrell McKamey of Bald Knob, Arkansas, born on April 29, 1934. As a child, he lived in Bald Knob, then graduated from high school in South Haven, Michigan. After graduating from high school, he briefly worked in construction and was in the Army Reserves; he joined the U.S. Air Force in 1952 during the Korean conflict and was trained as an Electronics Technician. While home in South Haven on leave in 1954, he reconnected with former co-worker and future wife, Addie LaVonne Bradford. After a brief courtship they married, a union that would last over 65 years. Ed left the Air Force with an honorable discharge in 1956, and the couple moved to Alaska with their infant daughter, where Ed worked for the Federal Aviation Administration as an Electronics Technician. They spent nine years in Alaska, living in several remote towns before relocating to Douglas, Arizona, where they retired in 1990. In 1998, they moved to Fairfield Bay, Arkansas, to care for Addie's ailing mother. By 2008, Ed was experiencing health problems of his own, and they moved to Ames, Iowa, to be closer to their only child.

In his younger years, Ed was active in political and community organizations, and never lost his love for engaging in spirited discussions around politics and current events. His grandchildren and great-grandchildren brought much joy to his life, and he took great pride in their accomplishments.

Ed was preceded in death by his parents, Grace and Murrell; by his sister Mary (Pink) Pratt; brother Roger (Joyce), and brother Herb (Sue). He is survived by his wife, Addie of Ames; his daughter, Donna Gatewood (Larry Elsken); two grandchildren: Anne (Oliver) Hoen of Norwich, VT, Carrie (Duffy) McColloch of Seattle, WA; two great-grandchildren: Alice and Eli Hoen of Norwich, VT; and many nieces, nephews, great-nieces, and great-nephews.

Due to state and federal guidance on gatherings due to the COVID-19 pandemic, the family will not be having a public memorial at this time. Condolences may be expressed online at www.amesmonument.com. In lieu of flowers, memorials in Ed's name may be directed to The Leukemia and Lymphoma Society at https://donate.lls.org/lls/donate.

There are no words to help ease the pain of grief. Our thoughts and prayers are with you. He will be missed. My love yo you both.

We are sorry for your loss. Our condolences and good wishes to you.

I am so very sorry to hear of Edgar’s passing. It was always a pleasure to spend time with him whenever he came to the clinic. I wish I would have met him many years ago, so we could have talked more. RIP. My friend!

The services for Edgar have not yet been added. Please sign up below to be notified when the services are ready.

The attached photos are added to the memorial of Edgar (Ed) McKamey to help share their legacy.

Thank you for sharing your memory of Edgar