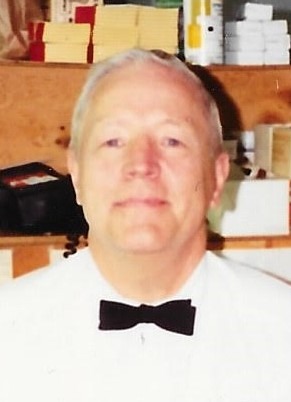 A Celebration of Life service will be held at 11:00 a.m. Friday, December 13, 2019, at Lutheran Church of Hope, 520 NW 36th Street, in Ankeny, with a luncheon following the service. Pastor Scott Raines will officiate. Burial of cremains will be held at a later date in West Lutheran Cemetery in Rake, Iowa. Condolences may be expressed online at www.amesmonument.com. Memorials in Clayton's memory may be directed to the Mainstream Living General Fund or to Lutheran Church of Hope (Ankeny) Building Fund.

Born March 3, 1934, in Algona, Iowa, Clayton L. Bilyeu was the son of Milford and Rose Anna (Geilenfeld) Bilyeu. He was baptized on April 5, 1942, at Good Hope Lone Rock Church and was confirmed in his faith on June 12, 1955, at Zion Lutheran Church in Rake.

Clayton grew up on a farm in Lotts Creek, graduating from Algona High School in 1952. On October 18, 1953, he married Lois Beverly Johnson at Zion Lutheran Church in Rake. They were blessed with three children.

Clayton began a lifelong career commitment to Fareway Grocery Stores, beginning in Algona. Over the years, he was transferred to multiple locations in Iowa including Fort Dodge, Independence, Manchester, Ottumwa, Oelwein and Cherokee, eventually settling in Marshalltown. He earned his way to consistently being one of the top stores in the state. His friendly rival, Vic Ganske of Ames, always kept Clayton striving to accomplish more.

Clayton's employees respected his leadership and said he was the most fair man they had ever met. It was a pleasure to work for him. It was wise to follow his orders or you might find yourself requested in the produce cooler for redirection. He never raised his voice, but always got his point across. Clayton would always ask you to do something but you knew you did not really have the option to say no. A man of few words, he made his point well, sometimes with just a "look" to set you down the proper path.

Clayton retired from the Marshalltown Fareway in 1990, and moved to Arizona.

Clayton made friends easily; he loved listening to other people talk and being paid to watch people work.

Clayton quickly adjusted to the warmer climate in Arizona. He loved nothing more than to make a call back to Iowa to inform us that it was 98 and sunny. "Just another lousy day here in paradise! So, how is your Iowa weather? Do you have any white sand yet?" (meaning SNOW), and, "What are you paying for gas in California?"

Clayton soon began looking for a part-time job in an effort to stop from getting into trouble for facing and rearranging the food pantry at home with Lois. He reinvented himself into the "Candy Man!" The Hershey supervisor could not understand how a man could complete all of his resets in record time, and with complete accuracy. Efficiency was a skill Clay had acquired long ago. Some may not appreciate who they have on their team while they have them. Perhaps the expectations were raised after Clayton retired the second time.

Clayton became a widower on March 3, 2008, when the love of his life, Lois, was called home to be with her Savior.

On September 22, 2012, Clayton married Marge Cook Dixon in Scottsdale, Arizona. The couple hoped to travel and enjoy each other's company. They supported each other through many minor surgeries. "I've got your back!" became a mantra of love and caring between them.

Clayton remained a very active member of Christ the King Lutheran Church in Phoenix until returning to Iowa in August of 2016 to live closer to immediate family.

Ames Monument & Cremation Center has been entrusted with the care of Clayton and his family.

Connie and Dana, I remember working for your Dad in Marshalltown. What a good man he was! It was a real pleasure to know him and all of you. You have my sympathy during this difficult time, rest assured your father will always be remembered well! Clayton....Takk skal du ha for the memories,... Until we meet again!

It’s with great sadness I hear of the passing of a truly amazing friend I am so sorry for your loss.
Everyday I was him out greeting would be “greetings and salutations my friend with a hand hug”

So sorry to hear of Clayton's passing, our sympathy to your families. We have many fond memories of happy times spent with him and Lois.
Marlene & Bruce Terrillion

A few years ago Clayton jumped in to volunteer with the "Love Lunches" program in Ankeny, where free meals are provided to student in the summer months. We were amazed how efficiently he organized the Fareway order each week, keeping the supplies well stocked, but without over-purchasing to avoid waste. What a blessing to our church and the community!
Jennifer Riedemann

Clayton was an amazing person , A great teacher of our profession (The grocery business) and most of all a wonderful friend , i worked with Clayton for 4 years ,He taught me more than just the numbers and the ins & outs of the grocery business,He taught me how to be a caring manager ! He taught me resilience in the face of adversity,Anyone who truly knew Clayton knows what i am talking about ! I will never forget Clayton as he is so much a part of who i am ,Thank you Clayton for everything ,rest in peace sir you will be missed by all whose lives you have touched. Our deepest sympathy to the family of Clayton , Chris & Brenda Livengood and family.

Clayton has been a friend and trusted confidant to me over the last 15 years. He was my first ever coffee club attendant and would always show up early to help set up and claim the best donut. He was always willing to offer me his wisdom on business, staffing, and personal matters. He will be missed and I'm blessed to have known him. I will always remember his quick smile and friendly advice.

It was a pleasure to get to know your Dad who was often standing at the front door of Church on Saturday nights before services. He was such a kind and friendly man and always had great stories to tell. We are so sorry for your loss, Dana and Bonnie. Our prayers are with you and yours.
Dave and Gloria Batts

Deepest Sympathy to you Dana and Connie and your families with the loss if your Dad Clayton! 😥
Lots of great Memories with your Dad and the Marshalltown Fareway Store! 😉👍
Keeping you all in our thoughts and prayers!!🙏🙏🙏💖
Randy Sewick and Family!!

The attached photos are added to the memorial of Clayton L. Bilyeu to help share their legacy.

Thank you for sharing your memory of Clayton